The treatment of patients has over the years suffered from mistakes in paperwork like nurse scheduling, medication delivery, and difficulties accessing patient records. Human error form the paper records of old was routinely at a high level, to the detriment of those who depended on them. Hospitals realized that cost-efficiency could be improved the more they integrate electronic systems and they computerized patient care. These are available through mobile laptop carts at the point of care.

We live in a time when information technology is advancing exponentially, making product prices lower and more available. Since the 1990s computers have gotten progressively smaller while their memory capabilities grew to be astronomical. The IT revolution took a while to reach North American hospitals but then flourished as they realized that costs could be cut dramatically with the help of computers to keep track of patient care records that were previously compiled on paper and kept in huge filing cabinets. Medical staff would often make mistakes when deciphering the handwriting of doctors, notoriously famous for poor penmanship. 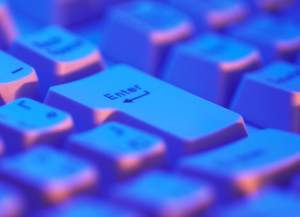 Those records are now known as EMR which stands for Electronic Medical Records. The concept is to have updated information available at the point of care. In 2004 there was growing pressure from the public for all health care facilities to recognize electronic systems such as computerized physician order entry (CPOE). This was largely because not all patients receive their treatment in large hospitals; the smaller budgets of clinics and long-term facilities meant that the old method was still widespread, and still subject to greater human error that could result in the deaths of elderly family members. Reducing errors was often secondary to investing money in new equipment and systems, at least in some countries.

Most extensive surveys are carried out in the U.S. due to its enormous population, about ten times larger than Canada. The two countries can’t be compared on the same ratio in matters of medical care due to opposing attitudes concerning health versus profit. Canadian health care facilities find less resistance when procuring something of benefit to humans whereas the American government prefers the business model of supply and demand. A survey conducted in 2003 by MercuryMD Inc. indicated that bedside data entry done electronically reduced the workload of health care residents by three hours per week, this leaving more time for direct patient interaction. Using mobile computing integrated with bar code scanning, delivery of medication, and charting vital signs automatically would maximize available work time. The EMR systems are accessed from mobile laptop carts, wall mounted kiosks, or wall-mounted panel pc units.

In typical daily usage, a nurse would go to the bedside pushing a computer cart and begins to collect vital signs with a monitoring device. The data is seamlessly entered into the EMR. The mobile cart also has a bar code scanner to capture the patient’s ID and medication label, also bearing a bar code. The records appear on the screen; if the green light flashes the nurse has the go-ahead to deliver the medication. If there are any mistakes like incorrect dosage, wrong prescription, etc. the computer will alert the nurse, who can then identify and correct the problem with no written notes, no transcription, and no guesswork.

The ultimate cost of these systems in the U.S. is reflected in the bills sent to the patient of course since health care costs are borne by the public or the insurance companies they must pay to have medical coverage. The economy is stimulated this way since the private insurance companies now have a free hand to scoop it out of the pockets of the citizens who are now required by law under the Obama administration to obtain health insurance or else pay a fine. This was the ultimate result of the year-long debate over Health Care that should have resulted in a universal health care public option. Even if it had however, the resulting system would be two-tier, one health care system for the higher income patients and one for the people without insurance or money. Canada and many countries found out that socialized universal health care did not lead to disaster; just the opposite – doctors have a wider variety of patients with conditions that can add to knowledge and experimentation with cures. Health care facilities no longer have to turn a profit or spend excessive amounts of effort to collect money for their services.

Want to join the discussion?
Feel free to contribute! 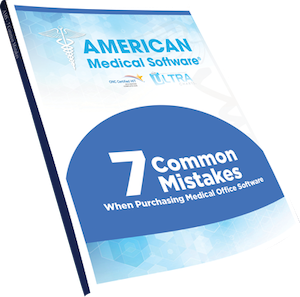